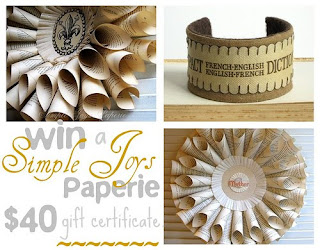 Hi everyone! I'd love it if you'd make your way over to the blog of the lovely and fun Kristal aka rikrak. She is featuring one of my collections and she is also hosting a giveaway of a $40 gift certificate for anything ready-made in my Simple Joys Paperie Etsy shop! There are 8 chances to enter, so read her rules and blog, tweet, heart, favorite, etc. to get as many entiries as you can! :)
Posted by Lana Manis 4 comments: 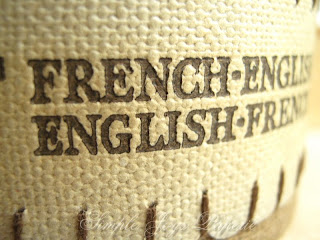 I'm excited to share with you a new design that's been added to my Etsy shop, Simple Joys Paperie.
If you remember, I make my paper wreaths and other paper art from vintage papers and books that are damaged in one way or another. I do purchase them, but they are usually books that no one else wants and therefore are left on the shelves after all the good ones are chosen. 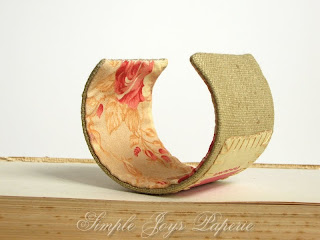 After I made the wreaths, I had lots of book covers remaining, and I just couldn't bring myself to throw them out. 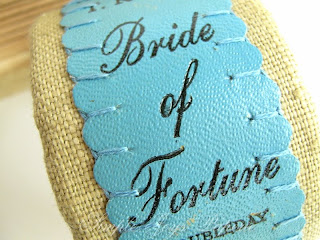 A few weeks ago, while looking through some remnants, I saw one of the book spines and thought what a shame for it to go to waste and began thinking what I could do with it ... make something from the remnants of remnants, if you will. 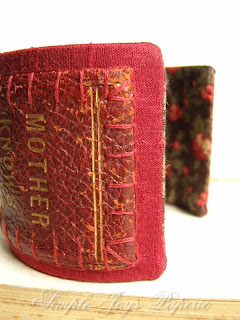 Then I thought of a cuff! They are not for everyone, I suppose, but I just love them! 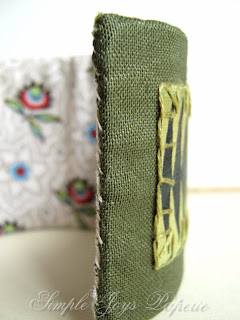 I use a metal bracelet blank, then choose a book spine and coordinating fabrics to create each unique piece of jewelry. The themes are endless! I have cuffs for brides, mothers, lovers of all things French, someone named Susan, a math teacher, a reading teacher, etc. 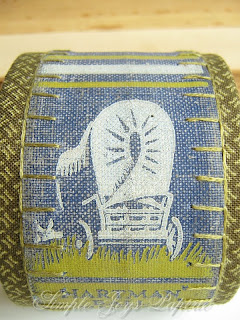 Some are whimsical, some are a bit worn and distressed, and some are mod and trendy.
I have listed a few in my Etsy shop and I will be listing more over the next few days.
Two of them have already sold today!
Thank you! :)
So you see, something can be made from the remnants of remnants.
~*~
I just signed up with Kim at Everything Etsy for an I Made It Thursday Blog Party.
Be sure to visit and see all the other participating blogs.

~*~
Thanks for dropping by!
Take Care and God Bless,
Lana
Posted by Lana Manis 13 comments: 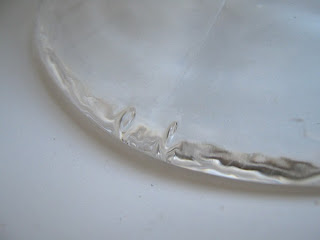 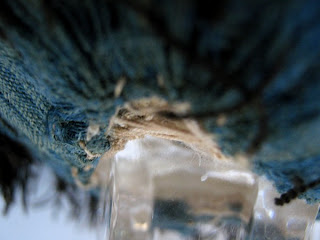 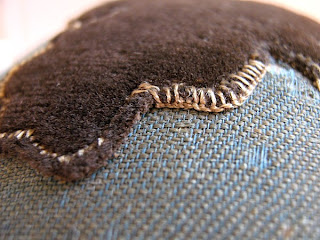 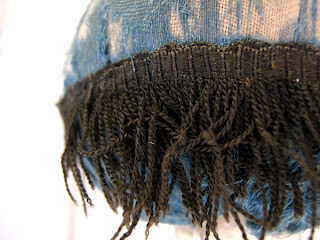 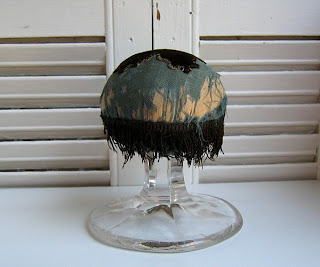 ... antique make-do pincushions!
This lovely piece was a recent find. I couldn't believe my luck when I saw it. The colors were perfect for me!
I'm either going to have to find more displays for my collection or sell some off .... I vote for more shelves! :)
~*~
Have you ever watched Lark Rise to Candleford? Dorcas Lane, who lives in Candleford, loves simple joys (and some not-so-simple) and states each time she indulges that it's her "one weakness". If you enjoy period movies, I'm sure you will love this series that my friend, Suzanne (Pear Tree Primitives / Painter of the Past) suggested to me.
Oh, and period movies? They are my one weakness. ;)
~*~
Thanks for dropping by today.
Take Care and God Bless,
Lana
~*~
Posted by Lana Manis 10 comments:

Where have they been? 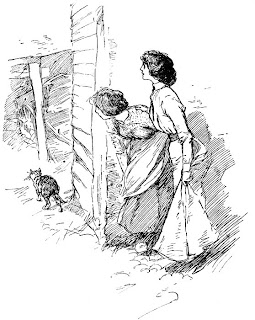 Many of you have probably been wondering about Poppets, Portraits, and Playthings of the Past.
It had to take a back seat while Suzanne and I each tended to our own families and businesses,

but we've updated our site with a post, and will be dropping hints about our next webshow as the weeks progress. Become a follower of PPPP to stay abreast of what we have planned later this year.
http://poppetsandportraits.blogspot.com/
~*~
Posted by Lana Manis No comments: 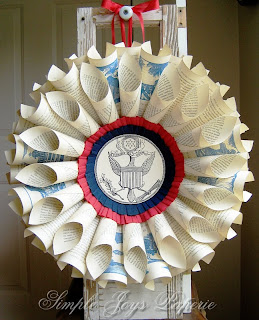 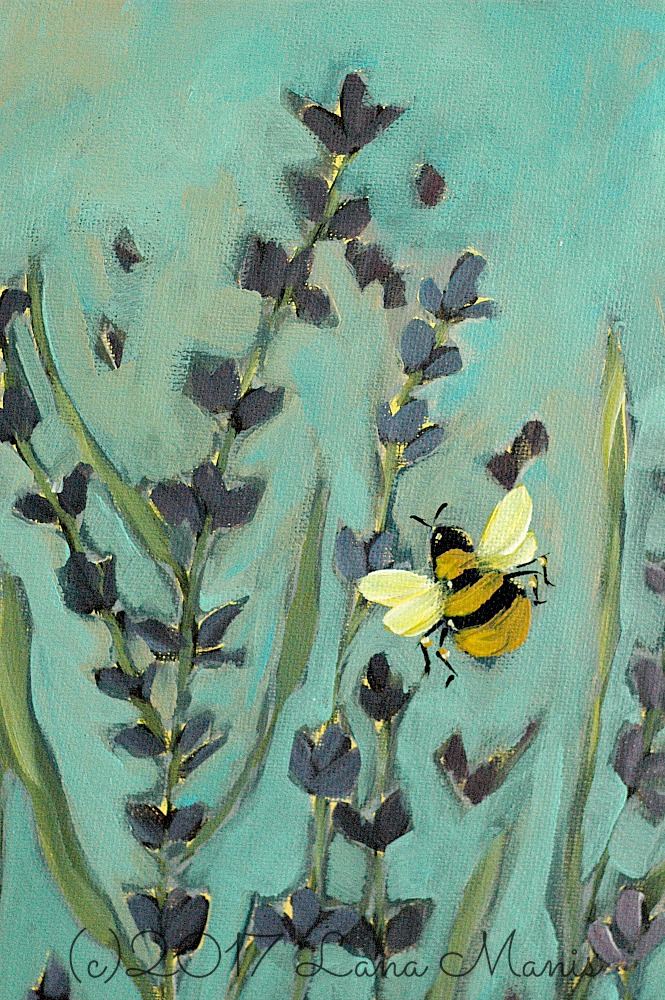 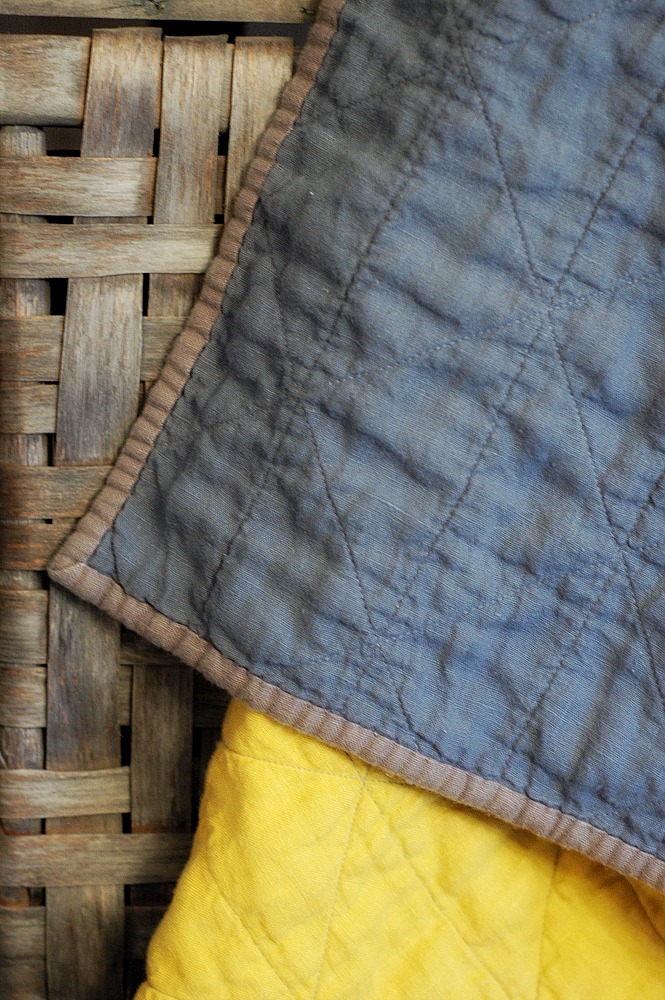 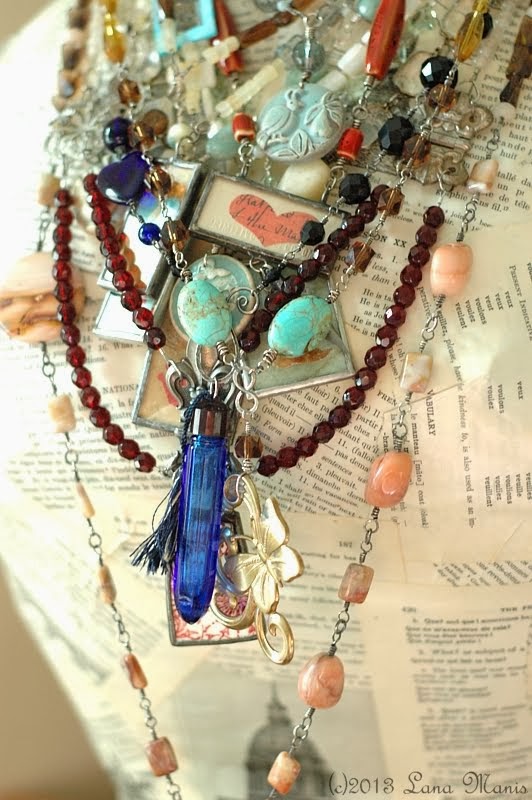 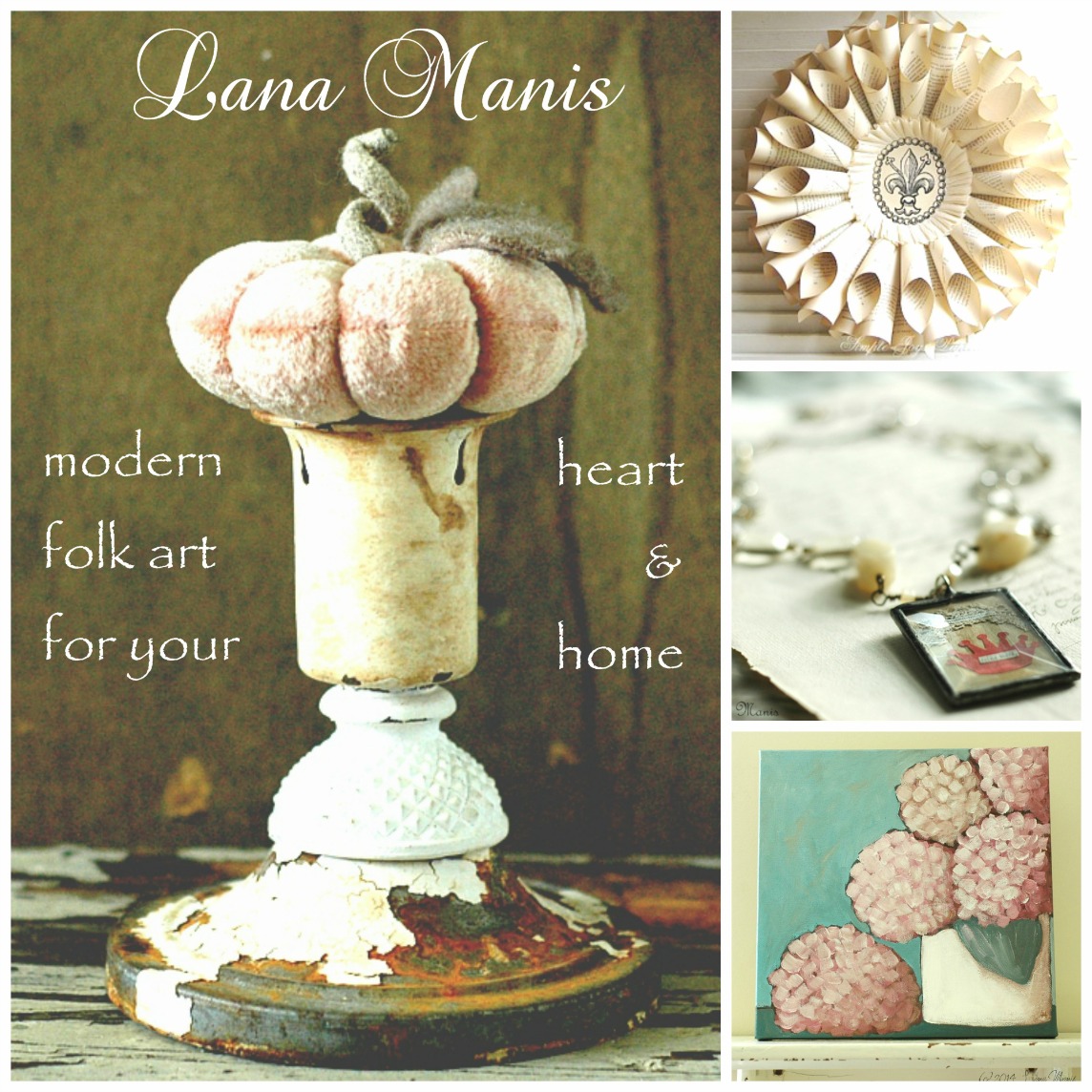 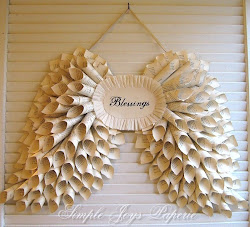 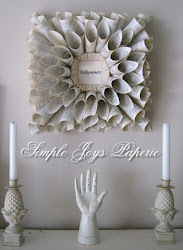 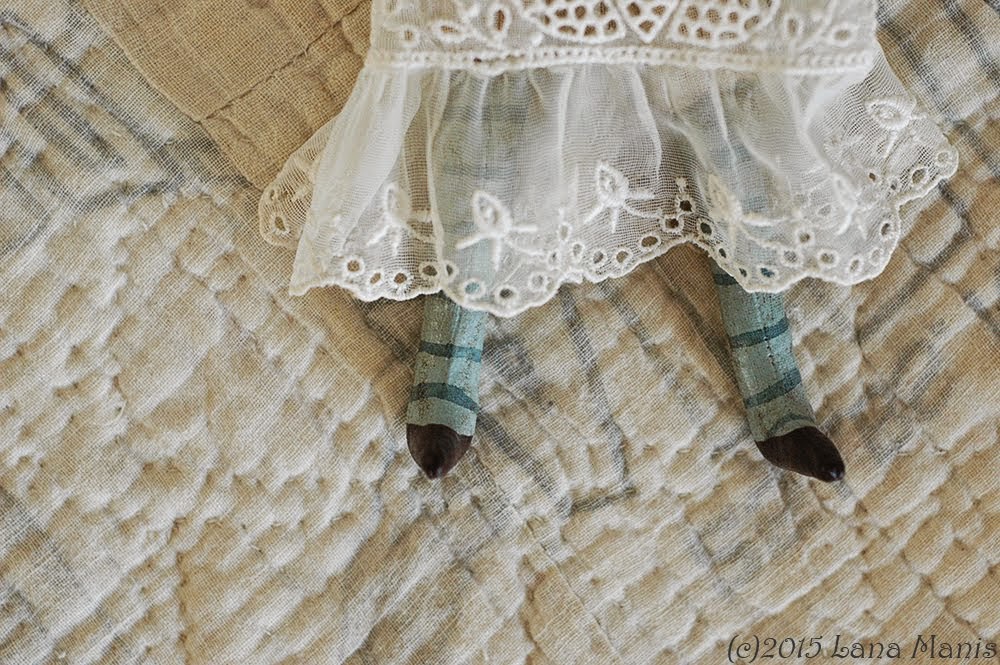 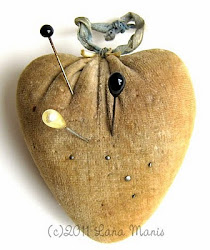